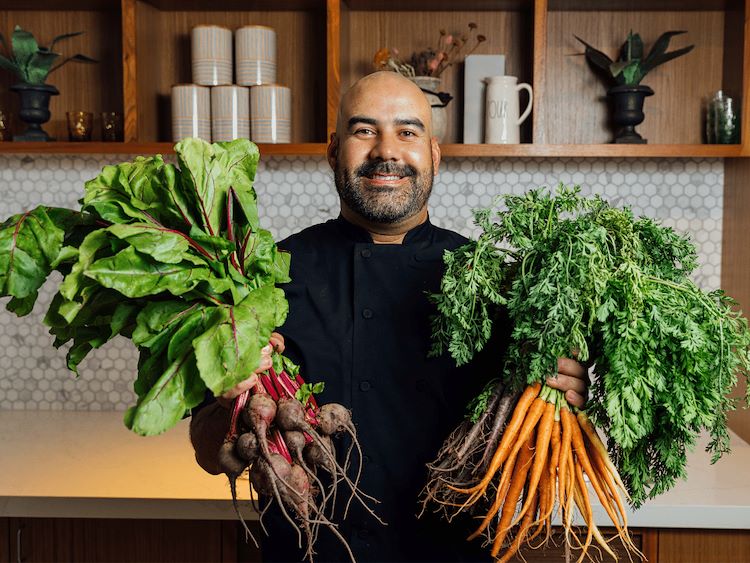 De Leon's passion for cuisine stems from his mother's cooking along with her love and respect for quality and tradition. He studied at the California School of Culinary Arts Le Cordon Bleu in Pasadena and further honed his skill of fine-dining finesse. De Leon's culinary repertoire led him to multi-faceted positions in several of Southern California's fine dining restaurants and hotels. He sharpened his knife at the Omni Hotel Los Angeles and Beverly Wilshire Four Seasons Hotel and became a staple within the Marriott family.